BIO-PHOTONS IN BIOLOGY AND MEDICINE

An ultra-weak emission of photons in the field of the visible characteristic of living organisms. This endogenous emission within and between the cells of a living organism can now be studied in detail with the use of modern high-sensitivity photo-multipliers and CCD cameras.

About 60 years ago, an experimental article was published in the Nuovo Cimento (1), signed by L. Colli and U. Facchini, where it was highlighted how live plant tissues, in particular germinative plants, emitted light in the spectrum of visible. Their experimental apparatus was based on a photo-multiplier able to work in a single counting regime and on a suitable container where to place the sample during the measurement to minimize the environmental light pollution. The study highlighted how the germination of lentil seeds increased the number of counts by a factor between 6 and 10 compared to the bottom.

The emission took place between 4500 and 6500 Å, from 2.7 eV to 1.9 eV. To avoid any kind of luminescence phenomenon induced by exposure to light, the seeds were germinated in the dark and then transferred to the measurement apparatus. They also observed that the emission was influenced by temperature and that distinct parts of the plant emitted differently.

Fig.1 Spectral distribution of the electromagnetic emission. On the abscissa the wavelength in Angstrom.

This type of research has found great interest in several groups in Russia, but the study remained confined to the Berlin Wall. In the eighties F. A. Popp (3) systematically resumed this type of study by publishing dozens of articles in high impact scientific journals. His research has had a wide resonance in the international scientific community and today there are several research groups in various institutes in the world that carry out this type of research on living “material” of various kinds.

In Italy in the nineties the experimentation of the group of F. Musumeci and of A. Scordino at the University of Catania began with works focused on photo-induced luminescence. The living system is energized with a light pulse of a duration of the order of 5ns with very low intensities of about 100 J / pulse, followed by a waiting time of about 10 s during which the system is in quiescence and then the emitted radiation is again measured (4).

This is at least a factor 10 higher than the spontaneous one observed in Popp’s experiments and lasts for a long time after the end of the exciting impulse. This induced emission is at least a factor 1000 lower than fluorescence and is present both in plants and in living cell cultures of various kinds. By studying the decay constants, the Catania team highlights how these are linked to the physiological state of the system and therefore offers a whole series of applications in the medical field (detection of tumor cells and evaluation of therapeutic treatments) and in the agri-food field (evaluation of seed germination performance, control of water quality and food products of plant origin) (5,6).

Our group started experimenting on spontaneous emission for a few months, building a first experimental camera prototype. This prototype consists of a cylinder of black plastic material (PVC) of about 10 cm in diameter and height, with at the top a removable lid in which a last-generation Hamamatsu photo tube (H12386-210) is fixed. In the visible field (uniform sensitivity between 250 and 700 nm) the phototube has a noise at room temperature of about 1.5 counts / sec. 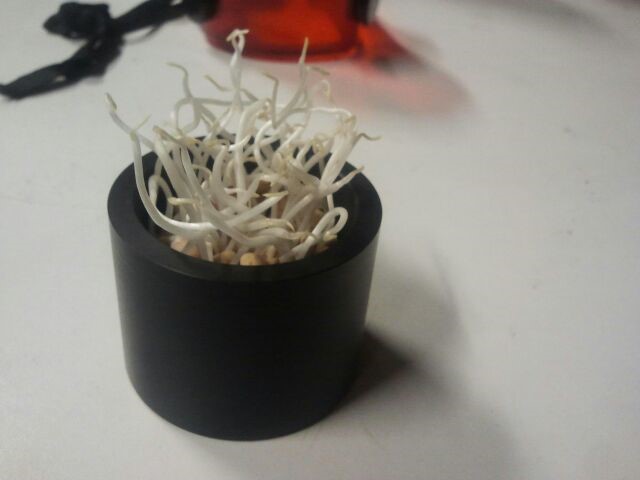 Fig. 2 Photograph of our experimental apparatus at the opening after the germination of a few dozen lentil seeds occurred after about 6 days from the beginning of the measurement phase.

After a first characterization of the experimental apparatus where we measured a dark current of the order of 5 counts / s, the electronic noise of the phototube working at room temperature, we measured the signal coming from the germination of about 80 lentil seeds put in a bed of cotton wool soaked in water and kept in the dark for about a week inside the measuring apparatus. In these conditions, after the decay of the spontaneous luminescence occurred in about 12 hours, we have a period of time in which there are practically only the counts of darkness, followed by a period in which we notice an increase in the counts, at the beginning low but clearly visible. Over a period of ten hours, this increase becomes a factor of about 5-6 greater than the counts of darkness. In Fig.3 we report the first experimental measure carried out with our apparatus. 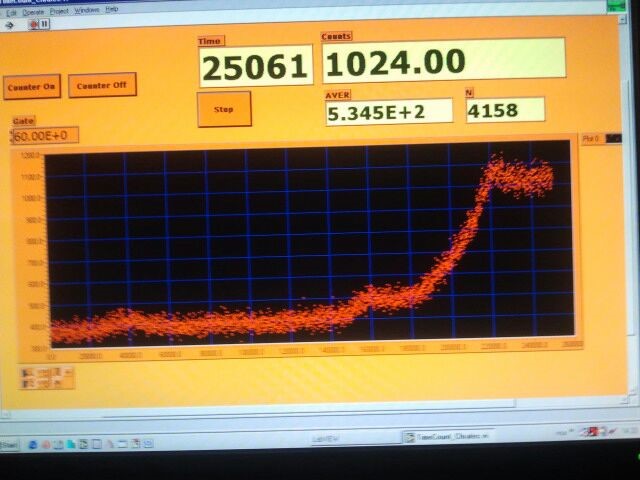 Fig. 3 Number of counts as a function of time. We have a 1-minute integration window.

Note the first small climb, probably at the first break of the germinating seeds cuticle, a flat area but greater than the darkness, which lasts several hours, and then a gradually increasing ascent that leads to a value of about 18 cps / s, almost 6 times greater than the value of dark counts. Our result is perfectly in line with the results of Colli and Facchini and those of Popp and the other experimental groups.

The Section aims to develop such types of measures and in particular:

Composition of the Unit

Research projects: Since the Unit has initiated operating recently, structured and funded projects have not been carried out yet. In the meantime, the Unit has started a collaboration with the group of F. Musumeci and A. Scordino of the Department of Physics and Astronomy of the University of Catania.