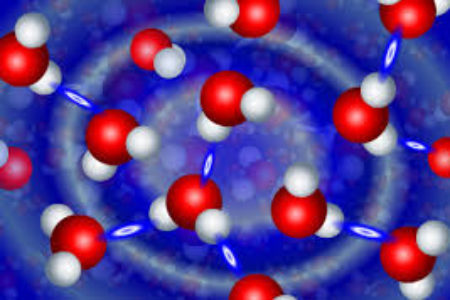 On July 4th, at the Auditorium of the Ministry of Health on Lungotevere in Ripa in Rome, the Workshop “Molecular Imaging and Translational Research” was held, organized by Prof. Armando Bartolazzi, Undersecretary of the Ministry of Health, and by Prof. Luigi Mansi, coordinator of the Health and Development Section of CIRPS (Inter-University Center for Sustainable Development).

Representatives of some of the most prestigious Italian scientific institutions participated, united by the will to create a network with the aim of connecting Italian scientists operating in Italy and abroad, to favor the transfer of advanced medical research products from the pre-clinical phase to clinical applications in humans. “It is the will of the Ministry of Health,” said Bartolazzi, “to facilitate translational research driven by Imaging through strategies that favor international collaborations. This approach aims not only to increase the overall scientific weight of the various groups, but also to identify and implement mechanisms useful for simplifying Italian legal procedures, particularly critical in the processes that lead to the use of new drugs in humans, including radiopharmaceuticals, also with the aim of producing Italian patents and marketing them. We are committed to quickly activate ministerial procedures in actions that could also include the active involvement of the Industry, but which above all presuppose the active personal commitment of Italian scientists as important elements not only in identifying problems, but also in their solution “.

Giovanni Leonardi, General Director of Research and Innovation in Health, agreed in full with the rationale of the proposal, whose purpose was to stimulate Italian research which, supported by simplified laws and greater and / or better allocated funding, could further increase its international level. “This is particularly important,” said Leonardi, “to create operational conditions that avoid the “brains drain” from Italy and encourage the collaboration in Italy of scientists working in the most prestigious European scientific institutions”.

Mansi described the project, based on the establishment of a network, which brings together researchers working in Italian structures of excellence in Molecular Imaging with Italian scientists operating in Sweden, Germany and the Netherlands and, subsequently, in other countries, such as Switzerland and Great Britain. The network is supported by facilities equipped with high-tech equipment, including tools available in very few centers worldwide, such as the latest generation of hybrid machines working in Nuclear Medicine, the most advanced Magnetic Resonance Imaging tools, the up to date techniques utilized in preclinical animal imaging, together with powerful therapeutic instruments such as Adrotherapy and Radiotherapy guided by Magnetic Resonance. The central part of the project will also be the activation of an Italian network operating in Artificial Intelligence and in the so-called Radiomics”. Mansi then presented the CIRPS, highlighting how it fully meets the constituent criteria of a group that is formed on the basis of the keyword NETWORK.

CIRPS is structured on academic and extra-academic, national and international collaborations, with objectives strongly linked to applied research. Silvio Aime, of the University of Turin, then presented the European Eurobioimaging Infrastructure (EuBI) dedicated to Biological Imaging, reporting that Italy govern the sector hub concerning in vivo Medical Diagnostic Imaging. Fabrizio Tagliavini, scientific director of the Besta’s Institute, presented the Italian Network of Neuroscience and Neurorehabilitation IRCCS of which he is president (RIN – https://www.reteneuroscienze.it/). “The network includes 27 IRCCS and has the purpose of overseeing the technological implementation for a global growth of the system, harmonizing the procedures and study protocols, coordinating actions of international relevance aimed at increasing the importance and competitiveness of the sector”. Tagliavini also referred to the innovative proposal of Virtual Pathology Institutes, on Dementias, Movement Disorders, Rare Diseases etc., which are placed across the board, providing the opportunity to harmonize IRCCS activities, to rationalize investments and resources, to create vast Cohorts and to interact with international networks and industry.